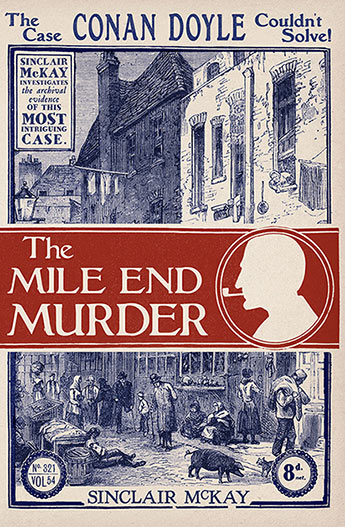 The case Arthur Conon Doyle could not solve. The murder of Mary Emsley in 1860 gripped the nation and confounded the best detectives for years.

In 1860, Mary Emsley, a 70-year-old landlady, was found dead in her own home; killed by a blow to the back of her head. What followed was a murder case that gripped the nation.

This murder is the frame for Mile End Murder; newspapers at the time were fascinated and furiously debated the victim’s character, potential suspects, and the possible motives. There were several twists and dramatic discoveries during the police investigation, which would eventually give way to one of the last public executions at Newgate.

Years later the case caught the attention of Arthur Conan Doyle, who was convinced that the wrong man had been convicted and executed. In The Mile End Murder, bestselling author Sinclair will investigate the case, expertly searching through archives to present the evidence in this intriguing case.
More books by this author