Books that Shaped the World 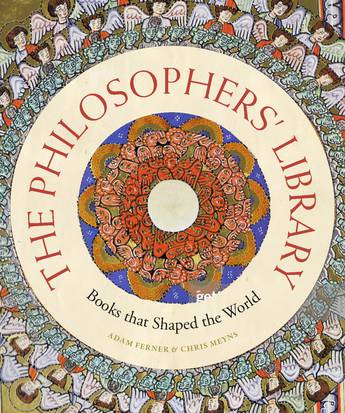 A unique collection of works that marked the development of philosophy from classical times to the new millennium.

The Philosophers' Library features the most important philosophy manuscripts and books as stepping stones to take your through the history of philosophy. By cataloguing the history of philosophy via its key works, this book reflects the physical results of human thinking and endeavour; brilliant thought manifested in titles that literally changed the course of knowledge, sometimes by increments, and sometimes with revolutionary impact. This is a unique book of books, all as beautiful as they are important, whether they be ancient, modern or those in-between.

Eye-catching antique fonts on leather covers, inked illustrations on vellum, and inspiring graphics on well-worn jackets draw the reader in. Each book is detailed with publication date and title, the author is described, his or her key work outlined, and its context highlighted. The text brings these books as artefacts to life, telling the story of what philosophy was and is, how it appeared and when
More books by this author More books in this series

Adam Ferner has worked in academic philosophy in France and the UK, as well as in schools, youth centres and other alternative learning spaces. He has written three books - Organisms and Personal Identity (Routledge, 2016), Think Differently (White Lion Publishing, 2018) and, with Nadia Mehdi and Zara Bain, Crash Course: Philosophy (Ivy, 2019) - and has been published widely in philosophical and popular journals. Adam is an associate editor of the Forum's Essays, and a member of the Changelings, a North London fiction collaboration.

Chris Meyns is a researcher working in philosophy and history of science. They write, speak at places worldwide and teach at both undergraduate and graduate level in various programmes. They regularly organize workshops and run projects to further open exchange. They previously worked at the University of Cambridge, and received their PhD in philosophy from University College, London. They have held visiting positions at the Center for Philosophy of Science at the University of Pittsburgh, the University of Toronto, LMU Munich and Yale University. They are based in Amsterdam, Netherlands.