The Authorised Biography of Hattie Jacques 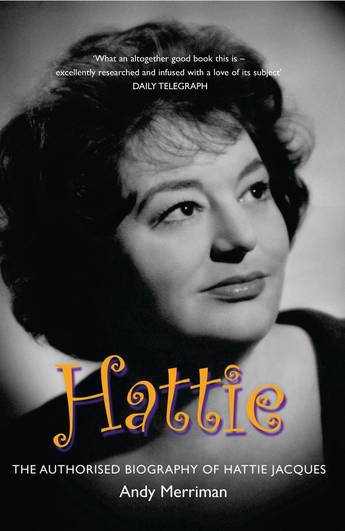 Download cover
Availability: Not available to order from this website, please try another retailer
Hattie Jacques is known as the billowing, imposing Matron in the Carry On films, as the star of such BBC radio classics as ITMA, Educating Archie and Hancock's Half Hour, and as the fictional sister of Eric Sykes in his long-running TV sitcom.

But the formidable, frumpy galleon-in-full-sail screen persona could not have been more at odds with the real-life woman, as this biography reveals for the first time. She had a tempestuous wartime affair with an American officer, and then a strange marriage to the actor John le Mesurier (Corporal Wilson in Dad's Army) whose dissatisfactions she circumnavigated by moving her lover, a flashy Cockney car dealer, into the matrimonial home. But as well as being warm and sexy and generous she was also, owing to her lifelong struggle with her weight, needy and melancholic, and rueful that her size persistently typecast her and excluded her from many roles.

This biography has been written with full co-operation from Hattie's son, and show business friends like Barbara Windsor, Clive Dunn, Galton and Simpson and Ian Carmichael.
More books by this author


Andy Merriman is the author of several books, including Greasepaint and Cordite, the story of the young entertainers sent out to war to dance and sing, Margaret Rutherford: Dreadnought with Good Manners, Hattie, the authorised biography of Hattie Jacques, and A Minor Adjustment, a book about his daughter who has Down's syndrome. Andy, who writes for radio and television, lives in London with his wife and three children.

The Space Between the Stars Indira Naidoo

Around the Kitchen Table Sophie Hansen and Annie Herron