Elvis and the Memphis Mafia 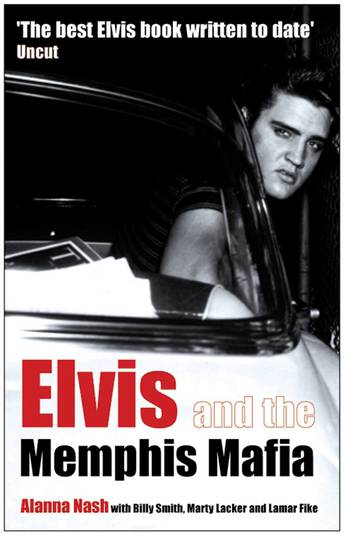 Elvis & the Memphis Mafia is the first book to capture the King – the man and the phenomenon – in his full complexity.

A monumental oral biography filled with raucous joy, aching loss and terrible poignancy, Elvis & the Memphis Mafia is the first book to capture the King – the man and the phenomenon – in his full complexity. Through revealing interviews with three of Elvis’s closest friends, who were also his protectors and rescuers, Nash achieves the first true mapping of Elvis’s psyche.

Billy Smith – Elvis’s first cousin and the person he reputedly loved most after his own mother – Marty Lacker – best man at his wedding and foreman of the ‘Memphis Mafia’, the King’s handpicked group of gatekeepers and confidants – and Lamar Fike – the touring crew member who accompanied him into the Army – were with Elvis from his teens to his final days and provide unique access to the greatest of all rock and roll legends. The revelations cut through every aspect of Elvis’s life, from the childhood seeds of his drug dependency, through his fear for his mother’s life and his plan to change his identity, to his bizarre self-mutilation. No one who reads this symphonic blending of three proud, ribald, sad and ultimately wistful voices can fail to be profoundly moved.
More books by this author

Alanna Nash is also ‘responsible for the best Elvis book to date (Uncut magazine): Elvis Presley: Revelations from the Memphis Mafia. A feature writer for the New York Times, she lives in Louisville, Kentucky.

The Space Between the Stars Indira Naidoo

Around the Kitchen Table Sophie Hansen and Annie Herron