Journey to Abandoned Destinations from Around the Globe 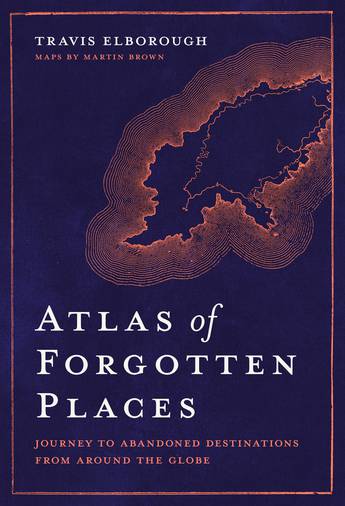 From eerie ghost towns to epic undersea monuments, armchair travellers and adventure seekers will be captivated by this curious atlas of strange and surreal abandoned sites across the world. It follows on from the success of the award-winning title Atlas of Vanishing Places, and forms part of an atlas series that offers lesser-known histories of hidden, fascinating locations worldwide.

Abandoned places are mysterious, strange, striking, neglected, hazardous and off-limits. Each sleeping monument offers a snapshot that transports you back in time, invites you to peer into hidden histories, unearth glamorous pasts and reveal dark truths. From a disused New York subway station to a train cemetery in Bolivia, from a crumbling fourth-century castle to a derelict industrial monolith, from a vacant five-star hotel to a Soviet ghost town in the Arctic Circle. These locations are a stark reminder of what was, and the accounts in this investigative book help to bring their stories back to life, telling us what happened, when and why, and to whom.

Original maps and stunning colour photography accompany Travis Elborough's moving historic and geographic accounts of each site. Trace our lesser known human history through ancient sites and twenty-first century ruins, as well as the most contemporary examples of urban decay, like San Francisco's Alcatraz Island. The book features over 40 sites, including:

- Santa Claus, Arizona, USA: A festive tourist resort turned ghost town deep in the desert where once you could meet Santa Claus any day of the year;
- Crystal Palace Subway, London, UK: One of the city's best-kept secrets is an underground, cathedral-like relic from where many Victorian commuters bustled through
- Peter Ice Cream Factory, NSW, Australia: A booming factory that was expanded to accommodate demand, and even featured a staff swimming pool, now abandoned in favour of a more economically viable building;
- Aeroplane Graveyard, Bangkok, Thailand: A large open wasteland where decommissioned planes rest, some entirely intact, surrounded be weeds and detritus, and presently occupied by families seeking shelter;
- Balaklava Submarine Base, Crimea: The former top-secret Soviet submarine base that was kept off all official maps and known as Object 825 GTS;
- Ospedale Psichiatrico di Volterra, Tuscany, Italy: Once dubbed ‘the place of no return', this long-closed lunatic asylum once housed 6,000 patients who were never allowed to leave;
- Tsaparang, China: A crumbling citadel in the Himalayas that inspired the myth of Shangri-La.

Travis Elborough is an acclaimed author and social commentator. His books include A Traveller's Year, A London Year, The Long-Player Goodbye, Being A Writer and A Walk in the Park: The Life and Times of a People's Institution. Travis is a regular contributor to Radio 4 and the Guardian, and has penned articles on all aspects of travel and culture, from pirates in the Caribbean to donkeys at the British seaside. He has written for the Times, Sunday Times, New Statesman, BBC History Magazine and Kinfolk among others.