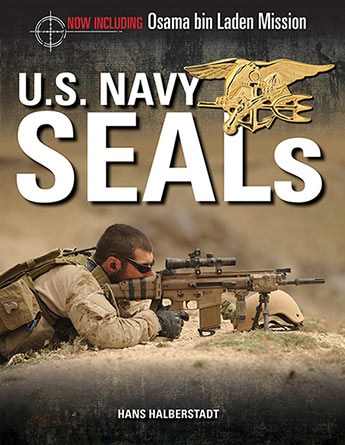 Download cover
Availability: Not available to order from this website, please try another retailer
Updated and expanded to include activities and operations in Afghanistan as well as:• The Osama bin Laden mission• SEALs at war• Counter-piracy ops• Weapons and equipment The U.S. Navy SEALs—named for the three environments from which they operate (SEa, Air, Land)—derived from the Underwater Demolition Teams (UDTs) and other specialized units created during World War II. During the Korean War, UDTs operated as part of the Pacific Fleet and conducted such perilous missions as demolitions, reconnaissance, and hydrographic surveys while dodging water-based mines and enduring frigid water temperatures. Today’s Navy SEALs have incredibly advanced mission capabilities compared to their predecessors, but the character and drive it takes to become a SEAL remain the same. To join the ranks of these brave, unconventional warriors, one must go through months of deliberately brutal training designed to break down the weak and leave only the strongest, most capable men. That is just to qualify for an additional training period, eventually leading to the moment when the coveted gold “Budweiser” is pinned to his chest. This revised and expanded edition of U.S. Navy SEALs contains more than 100 color photos of today’s Navy SEALs, including six months of BUD/S where trainees are pushed to their limits and real missions where the old SEAL saying—“The only easy day was yesterday”—is proven time and time again.
More books by this author More books in this series

Hans Halberstadt studied documentary film in college and later took up writing, authoring or co-authoring more than fifty books. Most of his books have been on military subjects, especially U.S. special operations forces, armor, and artillery. He has also written extensively about farming and railroads. Halberstadt served in the U.S. Army as a helicopter door gunner in Vietnam. He and his wife, April, live in San Jose, California.