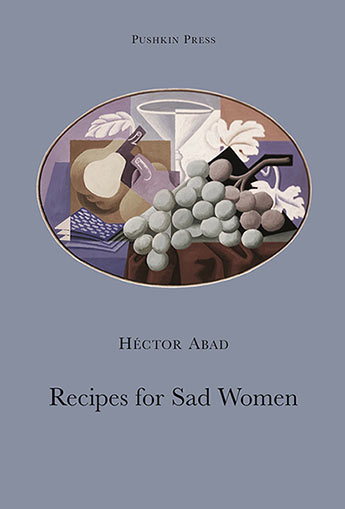 An idiosyncratic cookbook for the culinary enlightenment of mind and heart, combining perceptiveness with compassion and wisdom with sensuousness-for whenever we feel overwhelmed by our humanity

No one knows the recipe for happiness - and yet Hector Abad has given us a whole volume. His recipes, at times bizarre, at times wise, can cure almost anything - although the ingredients are not always easy to come by. ...Cauliflower in the mist... is protection against melancholy, seasoned with salty tears; and the right preparation of lobster and cutlet can have extraordinary effects on the human mind.
With subtle wit and irony, Abad gives practical advice on how to eschew sadness, attract joy and retain delight.
More books by this author

Hector Abad Faciolince (b. 1958) is a novelist, poet, essayist, editor and translator. He won the Colombian National Short Story Prize at the age of twenty-one and has twice won the Simon Bolivar Prize for journalism. In 1987, his father was murdered by Colombian paramilitaries and Abad was forced into exile, moving first to Spain and then to Italy. He published his first book, Malos Pensiamentos (1991) while in exile, but it was only when he returned to Colombia in 1993 that he became a full-time writer. Abad is one of a new generation of iconoclastic Colombian writers looking for new ways of depicting reality in general, and Colombian contemporary society in particular. His style shares an affinity with Umberto Eco and Italo Calvino's; a champion of stylistic experimentation and flexibility, he favours 'artists who have changed (Picasso)' and 'writers who search (Calvino)', over those who pursue a single unchanging style. His Oblivion: a Memoir was published in English in 2011.