Home>Browse>Books>Gardening>Dream Plants for the Natural Garden

Dream Plants for the Natural Garden 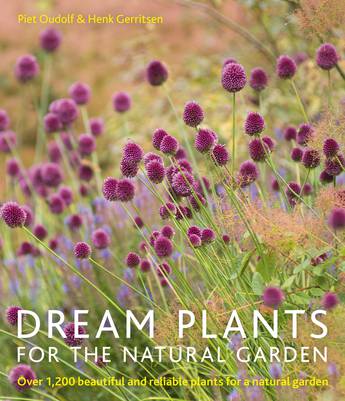 Download cover
In this book, pioneering garden designers Henk Gerritsen and Piet Oudolf describe their ideal perennials, bulbs, grasses, ferns and small shrubs. An ideal plant is one that is both beautiful and robust, performing reliably with very little input from the gardener. Gerritsen and Oudolf have a genuinely innovative approach to gardening. Rather than striving for big, bold masses of colourful blooms that are vigorously pruned back as soon as they have finished flowering, the authors choose plants chiefly for their form - leaves, flower heads and stems included - which means they retain their natural beauty through all the seasons.
More books by this author

PIET OUDOLF is a native of Holland and originally studied to be an architect. Instead of designing buildings he became the founder of New Wave planting, a movement which takes inspiration from nature but employs artistic skill in creating planting schemes. He has designed gardens in Holland and Germany, and a public park in Sweden. The garden he designed with Arne Maynard for the Chelsea 2000 Flower Show won the Best Garden Award. His own garden and nursery near Arnhem, Holland, has become world-famous. Distinguished garden designer HENK GERRITSEN (1948 2008) was born in Utrecht in the Netherlands. He trained as an artist and made his living as a painter before turning to garden design. He was the author of several books, and his best-known garden design project in the UK was the reconstruction of the Waltham Place gardens in Berkshire. He also started the Priona Gardens in Schuinesloot in the Netherlands with his friend Anton Schlepers.