Of Sunshine and Bedbugs 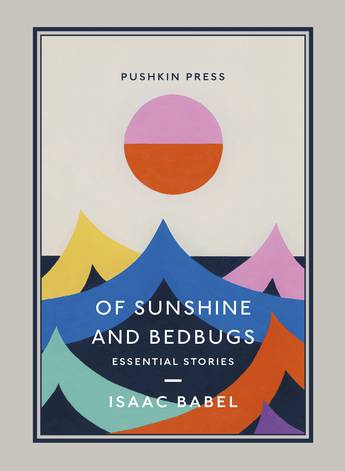 'Compact, irreverent, enigmatic, savage and tender... it is impossible to look at the world the same way after reading Babel... one of the enduring jewels of 20th-century Russian literature' - Financial Times

Isaac Babel honed one of the most distinctive styles in all Russian literature. Brashly conversational one moment, dreamily lyrical the next, his stories exult in the richness of everyday speech and sensual pleasure only to be shaken by brutal jolts of violence.

These stories take us from the underworld of Babel's native Odessa, city of gangsters and lowlives, of drunken brawls and bleeding sunsets, to the terror and absurdity of life as a soldier in the Polish-Soviet War. Selected and translated by the prize-winning Boris Dralyuk, this collection captures the irreverence, passion and coarse beauty of Babel's singular voice.

'Fractured, jarring, beautiful, alive to humour... they have the ring of contemporaneity, and probably always will' - Guardian
More books by this author

Isaac Babel was a short-story writer, playwright, literary translator and journalist. He joined the Red Army as a correspondent during the Russian civil war. The first major Russian-Jewish writer to write in Russian, he was hugely popular during his lifetime. He was murdered in Stalin's purges in 1940, at the age of 45.