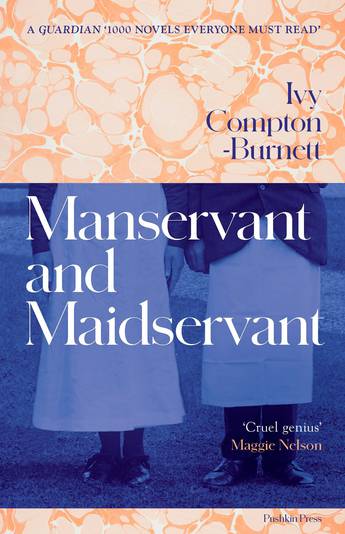 A ruthless satire of power struggles and petty economies, Manservant and Maidservant exposes the violence and cruelty at the core of Victorian family life.

Horace Lamb runs an austere household with tyrannical force and cruel economy. His five children shiver through the winter and learn that a fire is not a thing to be taken for granted. Hierarchies are more lightly enforced in the servants' quarters, where Bullivant and Mrs Selden attempt to rein in their young charges. When Horace suddenly turns attentive and caring, the real difficulties begin: the taut order of the household slackens, setting loose old grievances.

Her own favourite among her novels, Manservant and Maidservant is Ivy Compton-Burnett at her laceratingly witty best.

'Original, artful and elegant... To read her for the first time is a singular experience' - Hilary Mantel
More books by this author

Ivy Compton-Burnett (1884-1969) was one of twentieth-century England's most original and admired writers. The seventh of thirteen children, she was raised in Richmond and Hove and studied Classics at Royal Holloway College. Her family was struck by repeated disasters starting with the death of her father in 1901; Compton-Burnett eventually took charge of the household until it was broken up during the First World War.

Compton-Burnett lived alone in London until she was joined in 1919 by Margaret Jourdain, a writer and furniture expert who was to be her lifelong companion. Aside from a disavowed early novel, Compton-Burnett published eighteen highly acclaimed works of fiction in her lifetime, won the James Tait Black Memorial Prize and was made a Dame shortly before her death. A House and Its Head, More Women than Men and Daughters and Sons are also available from Pushkin Press.