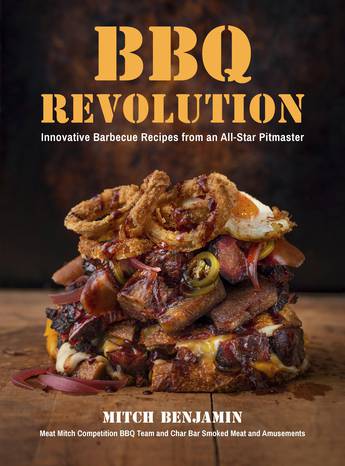 From classic, competition-winning recipes to boundary-pushing que, join the founder of Meat Mitch competition BBQ team and Char Bar in Kansas City for a BBQ Revolution! Mitch Benjamin has helped open BBQ restaurants in Paris, served his smoked meat to baseball legends at Yankee field, and taken home some serious hardware from just about every major BBQ competition. In this book, he throws open the doors to his kitchen (or as he calls it, his "Mitchen") and takes BBQ on a wild ride as only he can! The book starts with his treatise on smokers and smoking, then winds its way through chapters both classic and creative:

• Learn the ins and outs of competition BBQ, including some of Mitch's award-winning recipes for sauces, rubs, and meats from brisket and burnt ends to short ribs and pork butt.
• Take a trip behind the scenes of Kansas City's Char Bar, with some of their most popular recipes like their smoked and glazed chicken wings and burnt ends eggs Benedict. Mitch even breaks out the smoking gun for some smoked cocktails!
• Next up, some truly revolutionary BBQ. Leave your expectations at home as Mitch teaches reverse smoking, sous vide, and other techniques to master non-traditional mains including oysters, shrimp, trout, jackfruit, bone marrow, meatloaf, and much more.
• There's never "que" much of a good thing! In a full chapter on making the most of smoked meat, Mitch whips up his signature "pig mac" as well as Japanese steamed buns; candied pork belly; and barbeque-stuffed tacos, quiche, and poutine.
• Last but not least, Mitch shares some of his legendary sides and "amusements." Think outrageous pimiento cheese with smoked black peppercorns, grilled roots and fruits salad, smoky whoopie pies, and more!

Whether you're relatively new to BBQ or a seasoned pitmaster, you're sure to find new ideas, techniques, and flavors if you hang around with Mitch. What are you waiting for? Go ahead, join the revolution!
More books by this author

Mitch Benjamin is the founder of the Meat Mitch competition BBQ team and brand, known throughout the world in the barbecue community. He has dreamed up and cooked sauces, rubs, and meats that are consistently among the most award winning and decorated in the country. In 2019, the Meat Mitch competition team won at the most prestigious American Royal BBQ Sauce World Championship Competition, The Memphis in May World Championship BBQ Sauce Competition, and finished with a 1st, 2nd, and 3rd in the heralded National Barbecue and Grilling Competition for his sauces and rubs. His Meat Mitch products can be found in stores and national chains throughout the US and in 12 different countries throughout the world. In Kansas City, Mitch was named the “Barbecue Ambassador” to the city (by none other than Legendary Hall-of-Fame baseball player, George Brett). He has cooked for both the Home and Visitor clubhouse's during all of the Major League Baseball festivities—debuting on the actual field with a plate of ribs for the Home Run Derby Competition. In 2015, Mitch opened his first restaurant, Char Bar Smoked Meats and Amusements, in Kansas City. In a competitive BBQ environment, the restaurant won Best New Restaurant for 2015 in Kansas City—all restaurants included, not just barbecue. Mitch has also cooked for the New York Yankees, appeared on various national media, including Fox & Friends and The Today Show, and helped open Rosies Smokehouse, a pioneering BBQ restaurant in Paris, France. 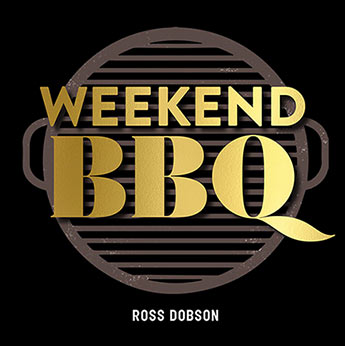 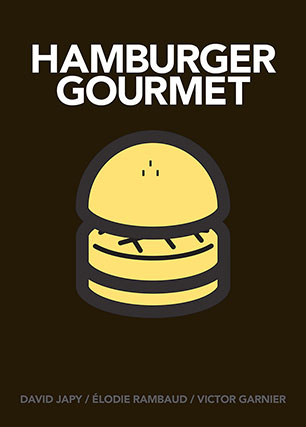