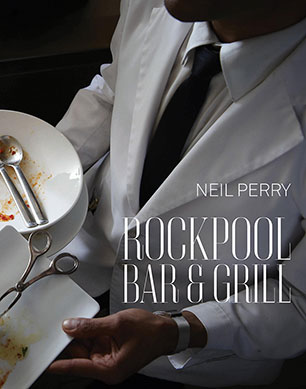 Neil Perry's Rockpool Bar and Grill sets out to deliver the best of everything!

When Neil Perry set out to open a steakhouse, it wasn't going to be just any steakhouse. It had to showcase not only Australia's best beef but also the best seafood, the best of everything. In his latest book, Neil shares the trials and tribulations of opening the ultimate steakhouse, Rockpool Bar & Grill, first in Melbourne, then Sydney and Perth. This is a book about the life of a restaurant and all the people who contribute to it, from the graziers to the scallop divers to the oyster whisperers. Tales from the restaurant and from his producers intersperse Neil's collection of 150 recipes that bring his restaurant into your home. His advice on handling seafood, how to cook the perfect steak, how to build a wood-fired barbecue, plus his signature condiments, side dishes and desserts, make this an indispensable and inspirational kitchen companion.
More books by this author More books in this series

Neil Perry is one of Australia's leading and most influential chefs. He has managed several award-winning restaurants in Australia, and today concentrates on his flagship brand, the Rockpool Group, which includes Rockpool Sydney; Rockpool Bar & Grill Sydney, Melbourne and Perth; Spice Temple Sydney and Melbourne; and The Waiting Room. Neil has been creating menus for Qantas since 1997, redefining in-flight dining and service, and is the author of six cookbooks: Rockpool, Good Food, The Food I Love, Simply Asian and Balance & Harmony, and Rockpool Bar & Grill. Neil is a television presenter on the LifeStyle Channel, and more recently as an Iron Chef on 'Iron Chef Australia'.