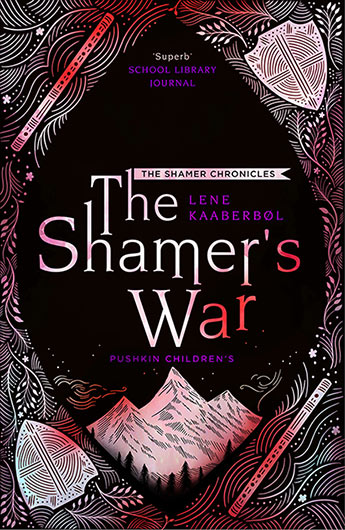 The fourth and final book in the thrilling fantasy adventure series, The Shamer Chronicles.

The Dragon Lord of Dunark will stop at nothing in his persecution of Shamers, and he is determined to crush any community that shelters them. Those struggling to resist his cruel power have realised that hiding won't work any more. It's time to fight back.

But as preparations for the rebellion begin, Dina starts to have doubts - can she really be part of a plan to unleash war? There must be another way, but can she find it before her world is torn apart?
More books by this author

An award-winning and highly acclaimed writer of fantasy, Lene Kaaberbol was born in 1960, grew up in the Danish countryside and had her first book published at the age of 15. Since then she has written more than 30 books for children and young adults. Lene's huge international breakthrough came with The Shamer Chronicles, which is published in more than 25 countries selling over a million copies worldwide.