The Goldsmith and the Master Thief 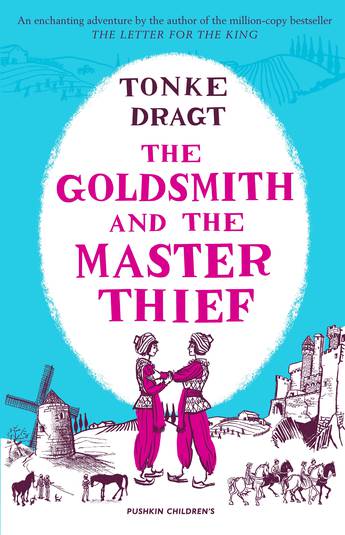 The first English translation of a classic adventure involving two very different twins by the celebrated author of The Letter for the King.

Laurenzo and Jiacomo are identical twins, as alike as two drops of water. No one can tell them apart (which comes in very handy for playing tricks on their teachers). And no one can split them up.

But when tragedy strikes their carefree young lives, they must make their own way in the world. As each brother chooses his own path - hardworking Laurenzo to make beautiful objects from gold and silver, and fearless Jiacomo to travel, explore and become an unlikely thief - it is the start of a series of incredible escapades that will test them to their limits.

Along the way they will face terrible danger, solve cunning riddles, become prisoners in a castle, sail across the ocean, fall in and out of love, stay at an enchanted inn, help save a priceless pearl, even become kings by mistake.

They must use all their talents, wiles and wisdom to survive.

Are you ready to join them?
More books by this author

Tonke Dragt was born in Jakarta in 1930 and spent most of her childhood in Indonesia. Her family moved to the Netherlands after the war and, after studying at the Royal Academy of Art in The Hague, Dragt became an art teacher. She published her first book in 1961, followed a year later by The Letter for the King, which won the Children's Book of the Year award and has been translated into sixteen languages. Dragt was awarded the State Prize for Youth Literature in 1976 and was knighted in 2001.