The Goldsmith And The Master Thief 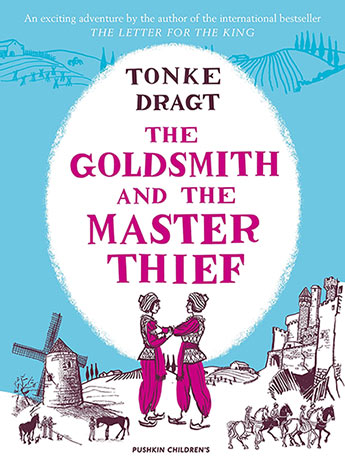 The first English translation of a classic adventure involving two very different twins from the celebrated author of The Letter for the King.

Twins Jiacomo and Laurenzo look exactly the same - but they are as different as night and day. Hard-working Laurenzo wants to make beautiful things and becomes a goldsmith; Jiacomo loves travel and adventure and uses his wiles to become an excellent thief...
The goldsmith and the master thief can easily be mistaken for one another, and this gets them both into and out of all kinds of trouble. From a case of mistaken identity involving the Knight of the Red Rose to the pursuit of the precious silver cups of Talamura, the brothers find themselves caught up in wild adventures that require all of their combined wisdom and cunning.
More books by this author

Tonke Dragt was born in Jakarta in 1930 and spent most of her childhood in Indonesia. Her family moved to the Netherlands after the Second World War and, after studying at the Royal Academy of Art in The Hague, Dragt became an art teacher. She published her first book in 1961, followed a year later by The Letter for the King, which won the Children's Book of the Year award and has been translated into sixteen languages. Dragt was awarded the State Prize for Youth Literature in 1976 and was knighted in 2001.