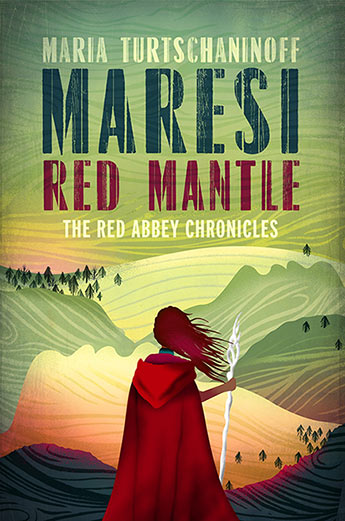 Maresi returns in the thrilling conclusion to the feminist fantasy epic The Red Abbey Chronicles.

For Maresi, like so many other girls, the Red Abbey was a haven of safety in a world ruled by brutal men. But now she is a young woman and it is time for her to leave. She must take all that she has learned from her sisters and return to her childhood home to share the knowledge she has gained.
But when Maresi returns to her village, she realises all is not well - the people are struggling under the rule of the oppressive Earl, and people are too busy trying to survive to see the value of her teachings. Maresi finds she must use all the terrible force of the Crone's magic to protect her people, but can she find the strength to do so when her heart is weakening with love for the first time?
More books by this author

Maria Turtschaninoff was born in 1977 and has been writing fairy tales since she was five. She is the author of six novels about magical worlds, has been awarded the Finlandia Junior in 2014, the Swedish YLE Literature Prize, the Swedish Cultural Foundation in Finland Award and has twice won the Society of Swedish Literature Prize. She was also nominated for the Astrid Lindgren Memorial Award in 2013 and 2017 and the 2017 CILIP Carnegie Medal.