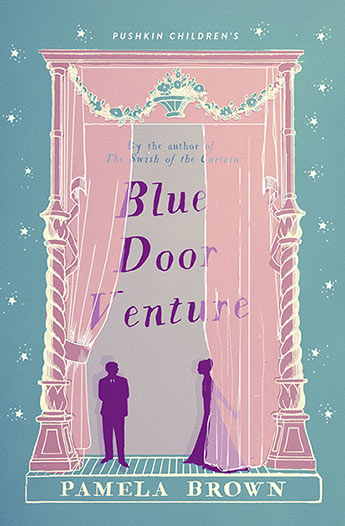 The fourth book in the Blue Door series, which starts with The Swish of the Curtain, the classic story which inspired actors from Maggie Smith to Eileen Atkins

The seven young members of the Blue Door Theatre Company are, at long last, professional actors. And they are now proudly in charge of the first commercial theatre in their hometown of Fenchester. But the day-to-day pressures of financing the theatre and choosing box-office attractions are soon eclipsed by an event that threatens to close the theatre almost as soon as it has opened.
Following the characters from the classic of children's literatureThe Swish of the Curtain on an adventure which takes them far from the stage of the Blue Door Theatre, The Blue Door Venture is the fourth book in the Blue Door series.
More books by this author

Pamela Brown (1924-1989) was a British writer, actor and television producer. She was just 14 when she started writing her first book, and the town of Fenchester in the books is inspired by her home town of Colchester. During the Second World War, she went to live in Wales, so The Swish of the Curtain was not published until 1941, when she was 16. She used the earnings from the books to train at RADA, and became an actor and a producer of children's television programmes.