Tales from my ten-year-old life 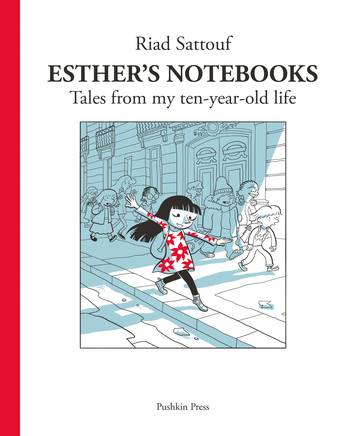 From the author of The Arab of the Future, the first book in a bestselling series of graphic novels following the life of a real girl growing up in Paris - hilarious, tearjerking and painfully true.

Every week, the comic book artist Riad Sattouf has a chat with his friend's daughter, Esther. She tells him about her life, about school, her friends, her hopes, dreams and fears, and then he works it up into a comic strip.

This book consists of 52 of those strips, telling between them the story of a year in the life of this sharp, spirited and hilarious child. The result is a moving, insightful and utterly addictive glimpse into the real lives of children growing up in today's world.

'Riad Sattouf is a true genius when it comes to showing the world through a child's eyes. His style is full of life, overflowing with humour and tenderness - you're guaranteed to fall under the spirited Esther's charm. Everything you wanted to know about your kids but were afraid to ask…' - Leila Slimani
More books by this author