The Many Faces of the Native Americans 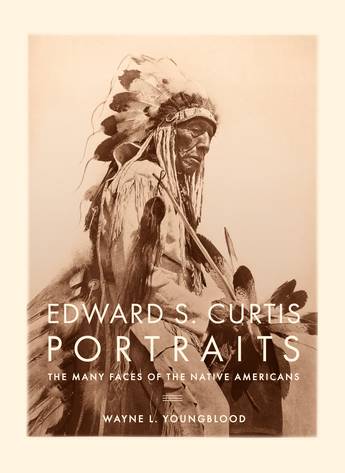 In 1906, J. P. Morgan commissioned Edward S. Curtis to produce a series of books depicting Native American life. Edward S. Curtis Portraits contains over 250 of the project's beautiful and haunting portraits. “In Mr. Curtis we have both an artist and a trained observer, whose pictures are pictures, not merely photographs.” —President Theodore Roosevelt Talented photographer Edward Sheriff Curtis set out on the project with the goal of becoming a successful portrait artist, but as he worked taking photographs of the “vanishing Indian,” he discovered a calling as an ethnographer and embarked on a mission to document every aspect of traditional Native American culture before it disappeared forever. He considered the loss of Native American traditions a national tragedy and sacrificed his financial security, marriage, and even his health to pursue his mission. Curtis's highly expressive portraits convey the full range of human emotions, attesting to the trust he established with his subjects, and serve as exquisite examples of classic portraiture. From Alaska to Mexico, the photographs in this compact volume feature tribes such as:

Though Curtis has been criticized for idealizing the people he photographed with props and staged shots, his deep respect for them and earnest attempt to understand them is apparent in his work. Today, these portraits allow us a precious glimpse into Native American life as it existed before complete colonial expansion in the United States.
More books by this author

Wayne Youngblood grew up near the banks of the Rio Grande in New Mexico. He is a history lover who spent several years studying the pony express and the Oregon and Mormon trails while living in Nebraska. He is a writer/editor for a publication that caters to record collectors, has written books on subjects ranging from stamp collecting to colonial American history and lives in the wilds of central Wisconsin with his wife.